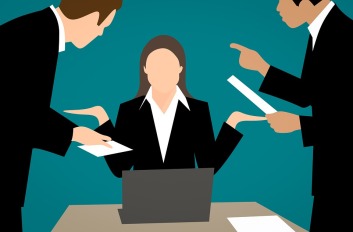 You want your team to work as a unified team, but for some reason, your efforts at building a team-driven culture seem to be failing.  You put up all the posters, talk about the value of teamwork in meetings, created a reward program to honor those that go above and beyond, and you even refer to them as your family; but nothing seems to be working to help them become a more unified and cohesive team.

Well, for one, a lot of families are dysfunctional and I am not sure you want to be using that as a model for teamwork. Secondly, have you considered your other interactions with employees, maybe not yours directly, but your company’s interactions as a whole – like the direct supervisors or managers – may be partly to blame.

Now, I am not one to blame everything on the direct managers. Sometimes administrative policies make managers do things they don’t agree with or make them feel they have to do things a certain way. Maybe I will get more into that in a future post, for now, I want to look at some of the things managers or supervisors say that can cause the destruction of your efforts to create a team-driven culture.

Good for you, now would you like me to tell you about this problem so we can work out a solution or should I keep my mouth shut until it magically fixes itself?

The problem I have with this phrase is that it almost encourages someone to not speak up if they notice a problem. What if the employee notices an issue they don’t have the skills to fix or come up with a solution and have no idea who would be able to come up with one?

Do you want them to not say anything then because you had to tell them you “don’t want problems” like you think it makes you good at managing people? Well, we want managers that do their job and help facilitate solutions, but clearly, we aren’t going to get that from you.

This is more a sign of a lazy manager who doesn’t want to be bothered with collaborating. A company would do better to find a manager more willing to collaborate and engage in Servant-Leadership.

I had one boss, “I don’t want problems, I want solutions” seemed to be his motto. And he was also always upset about being out of the loop when issues came up. You either fixed the problem, found your own help fixing the problem, or ignored the problem until you could do either of those things. Why tell him after you have already solved the issue?

He was often blindsided when his superiors questioned him on the issue. It was both funny and satisfying when that would happen to him. He never made the connection between what he would say, and our actions in not letting him know about things.

You could say, “We are a team, and if you encounter a problem you can’t fix, we will work out how to fix it together.”

Or, “If you encounter problems, whether you solved them or not, I would like to be kept in the loop. Maybe I can offer suggestions to help.”

“I don’t care where, just not there” or “I don’t care how, just fix it” (Some variation of ‘Just figure it out’)

I first came across this one working in a factory. A large steel mold weighing several tons was sitting next to a machine. This was during a time when we had just gotten in brand new machines and things were a bit chaotic and floor space, and in particular, floor space for the molds was lacking.

A supervisor pointed to a mold that wasn’t really in the way, but not in an ideal spot, and told one of the mold setters to move it. The mold setter asked where he would like it (a logical question, given the state of the place at the time). The supervisor responded with, “I don’t care where, just not there.”

This is almost the exact opposite of “I don’t want problems, I want solutions.” The manager came to the employee with a problem and wasn’t even considering helping with a solution. This isn’t how a well functioning team works.

That mold sat there for half the day before finally getting moved somewhere.

The supervisor could have said, “we need to come up with a better place for this mold, let’s think about who we can get to help,”

Or maybe, “I am currently very busy, if you could look into finding a place I would appreciate it.”

Anything better than something that starts with “I don’t care.” Because if you don’t care, do you really think the employee you tasked with the job cared? I don’t think he did. I am thinking he was tempted to move it five feet away into the aisleway because that would have met the definition of “just not there.”(*Side note, I tried to convince him to do just that. I was joking of course, but I think he actually considered it.) 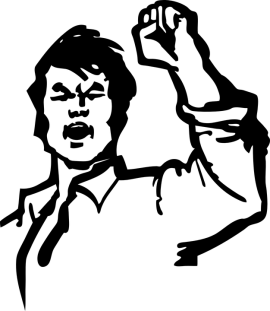 Like most of my job horror stories, this also happened in a factory. It was my first day, in a brand-new job for my new employer. I had been there less than an hour before a manager came up to me and began to lecture me on all of the things that would get me fired. This wasn’t even an onboarding process, I already went through that process.

“If you think you are going to come in 5-minutes late every day, we won’t hesitate to fire you.” (I wasn’t late, I was 30 minutes early.)

“If we catch you going into an area without the right equipment on, you might as well walk out the door.”

“If you expect to use the sick time to get a day off, you better pay for a doctor while you are at it because you can be fired for it.”

And other nonsense I don’t recall the details of.

Giving me a list of things I can do that will make my “family” abandon me is sure to make me want to become a well-functioning member of your “family.” (This is sarcasm)

I didn’t work there very long. The final straw actually being when I refused to do something I knew to be unsafe and illegal, and I was brought in and lectured like a child over it. They didn’t fire me, and I even put in a two-week notice. It was the only job I ever had that I strongly considered not putting in a two-week notice for.

Nothing, I already went through the onboarding with HR and knew the rules. But if you insist, here is what you could say instead –

“Due to the nature of the work, we have a strict attendance policy.”

“We take safety very seriously and need you to make sure you comply with all safety rules.”

Their safety standards were actually laughable (I learned what degloving was while working there, do not google that), but if you are going to fake it at least try to respect your employees.

Factories are often horrible to work in. Other than that, I am sure many people have encountered some variation of the phrases above and many more. These are just the ones that stood out to me in my memory as being particularly counter to the culture of teamwork the managers were claiming they wanted to build.

The worst part though, the hypocrisy of some of these supervisors. Some employees would say things like, “It’s not my job” when told to do something that was in fact not their job. Now, in a team-driven culture, I would suggest chipping in and helping out anyway despite it being “not your job”… but in environments where the above phrases are the norm (not unique), what else do you expect?

Especially when the very supervisor saying some of these things above gets upset with an employee stating that something is not their job, and that very supervisor is also not willing to go outside of their job description to help get the job done. Showing no willingness to collaborate on a problem is not going to help people feel like they are on a team. The employees will mock the claims to team culture very openly.

I know union rules are not always helpful in this area, but a good start at trying to help fix a team is to consider carefully the words that you use if you are a manager or supervisor. It won’t fix the whole problem, but it is getting you at least a start towards fixing the problem.