Are We Good Leaders? (Probably Not… Sorry)

It’s interesting that everyday, some 20+ posts come up in your LinkedIn news feed talking about leadership. They go on and on about how leaders should act, and what makes someone a great leader. The funny part of all of this is the fact that very few people have the ability to be great leaders, but everyone has an opinion on what makes a leader great and they surely seem to believe that they themselves are great leaders.

Why is it so important that we create so many leaders, and is it even beneficial to create them when so many become misled into the bad leadership trap? After all, what is better; a bad leader or no leader with a self-governing team? Leadership is important, but a world of leaders is questionable.

We would say always quality over quantity, right? At least we should say that.

Pedro: Well, I can talk from experience that I don’t think I am a good leader. I can lead like any other, but the number of mistakes I have made that harm people or led to bad paths are much more then the right ones. Experience doesn’t make you a leader, either you are born with it or you are not. It is a skill that comes with your DNA and humble suits a person well when they decline to take charge of people knowing the responsibility that it means. Instead, Many people want leadership just to fulfill their ambition (or to get richer, or to become important, or just fulfill their own ego) which is wrong. It’s a problem of humanity and should be taught. Not everyone can or should be a leader.

Joshua: I have to both disagree with Pedro and agree with him here. I believe you can teach a person to be a leader, but I do think some people have the mentality and ability to be a leader better than others. I do believe though, that much of the leadership training is just bad. It helps create the bad leaders because it is so bad. Unfortunately, too many people believe they have the ability to be a leader and they just shouldn’t be. While certainly their upbringing and perhaps genetic pre-disposition to some traits may impact that, it isn’t the only deciding factor or even the main one. Decent training could help counteract that, but unfortunately the training is rarely built with that in mind.

Whether a leader is good or bad is often a matter of perception – including the team they are leading, the environment they are in, and the individuals judging. I have had leaders that I personally thought were horrible, but most people around me loved them. On the flip side of that, I have had leaders I believed were truly inspiring, but my coworkers by and large disagreed. You aren’t likely to find a leader that will be a good fit for all people all of the time. I don’t care if a LinkedIn post told you how you could do it, it won’t work.

I tend to believe that success in anything is a mix of luck and effort. To apply that to being a good leader, luck would include that genetic component Pedro mentions, the environment, and the opportunities presented. The less luck you have, the more effort you need to put in. If you are exceptionally lucky, you don’t need as much effort.

When it comes to leadership, I have to exert a lot of effort. I would say I fall strongly into the servant-leadership camp, and it matches my personality. This makes me a very bad leader when handling people that just don’t do what they are supposed to do. I can only go so far in a negotiation before you are letting them get away with not doing any work at all. I will work to get them what they need to do their job, as a servant-leader should, but if they still don’t do their job, that’s always where I fall apart. I believe in putting the responsibility of the work onto the person or group that it is assigned to, reality rarely helps me out here. I will often do what I can to help them and take on that responsibility of getting the work done. I end up answering for the incomplete work to my leaders. If I have really bad leaders, I will also get to take responsibility with their leaders as well.

Pedro: So, there is leadership, there is teaching leadership, and there are people that think they are leaders but they are just people with too much power. A leader first and foremost should have knowledge of the problem they are trying to solve and they have to understand the responsibility of the lives they are holding in their hands. They can have a college degree, a management certification, or whatever; it doesn’t mean they will be a good leader if they don’t understand that they have that duty to the people they are leading.

What makes good leadership might be different for various groups of people. The creation of a self-accountable teams makes more sense for most of the groups today in companies, associations, or even politics. Unfortunately, in politics it basically never happens since there is almost an eagerness to get authoritarian leaders in place because others are viewed as being weak. Power is appealing to a lot of people and even after feeling the responsibility, nobody that holds the political chair is willing to “let go the bone” and give that power up to a less hierarchical model. A less hierarchical model is certainly becoming more common in today’s workplace than it has in the past. Most of the companies today don’t have time, money, or desire to set up a structure by having a series of managers all babysitting their employees.

Many companies today rely on an updated method of Theory Y, where everybody is responsible for themselves. This makes it easier when we hold common goals. In these cases, the number of leaders is reduced and the control increases a lot since the input is given directly from the team’s own members. Instead of creating “just leaders”, these companies create a leadership environment.

Joshua: To me, that leadership environment seems to be lacking in a lot of workplaces. Maybe it is just different in the U.S., but everyone wants someone to be accountable for the group and they want someone to blame when things go wrong. They say they want a decentralized team with high autonomy, but they also want one contact they can reach out to for a status on the group’s project and they want one person to blame for every failure of the group. This is why I have shifted more to Business Analysis work in my career. I love Project Management, but I can’t be the authoritarian leader responsible for all the team’s failings because I am just not going to babysit them. It isn’t in my nature, and no amount of training will change that – I am rather strongly opposed to it. That is ultimately what they want in these scenarios though, an authoritarian leader, even when calling for a servant-leader.

Pedro: Well, I have had an authoritarian style in my past, when I had my Hockey team. I was a coach and director. I encountered a lot of tension, but, I was also so young. In none of the places, to be authoritarian doesn’t work. Here, the U.S., or in the moon. You need to demonstrate authority and if we don’t, then I am certain the leadership is non-existent. This has happened to me several times.

A leadership environment is a good method to reduce the error and responsibility of the person in the leadership position. The motivator should become the leader. Bad decisions are the responsibility of the whole group. I agree that the last thing we need is more bad Authoritarian style leaders. Bad leaders means bad leadership. Sometimes, it’s not even a toxic environment, but a non-sense environment where there is no structure or thinking to the company’s long-term leadership plans. One thing is for certain, thinking that we are good leaders often means that we are actually very bad ones. It’s not an evaluation that we can make about ourselves, or even with the majority of people supporting us. It takes a motivator that understands people and the desired outcome.

This is not an easy post or discussion, but is a theme that too many think they really know and understand and thus can teach. The compromising between Josh and Pedro is that leadership is hard, it is something that we don’t take for granted, and leaders should be in positions of constant self-criticism.

To all of those that think they are wonderful leaders because they had a successful project or two, they should critically evaluate that position. Was it really their leadership that helped, or did the leadership actually hinder the progress of a team held together by their own ability and internal strengths? Much of the time a leader’s value is hard to measure. In fact, a good leader is a like a good Scrum Master – they should leave you wondering what they are doing all day. The more we see a leader directing things, the more of a hindrance they actually are.

No good leader has just successful stories, and no good experienced leader makes all great decisions; especially if they are making decisions on their own. But good leadership have no checklist to measure themselves against, and they have a purpose and objective to the culture of the team the lead. History usually defines the leader was good or bad, not necessary by the victories since sometimes good or bad, the victory is more about opportunity and strength, and not necessary about intelligent. so, Think twice when someone puts you on charge or you want to take control because “power” can be very seductive, but it’s a very big responsibility to decide over others. We all have a role and be a leader is not a common one and not a required either.

View all posts by Pedro Faria and Joshua Render 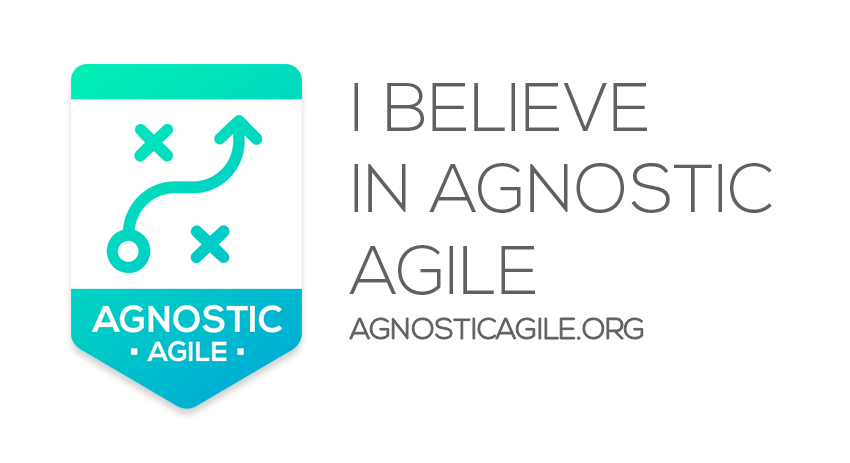